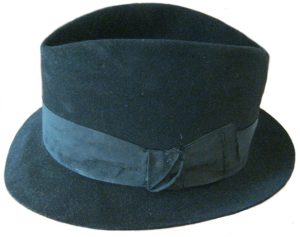 From the 1500s, Bristol and South Gloucestershire had a concentration of felt hat makers. Until well into the twentieth century, everyone wore a hat and the demand sustained hundreds of small workshops. In villages such as Frampton Cotterell and Winterbourne hundreds of hatters crafted wool and fur into the hoods ready to be turned into finished hats. The work was hard and the hatters had a reputation for heavy drinking. The fibres in the air caused asthma and the chemicals, including mercury, led to disease and early deaths. This led to the expressions of ‘mad as a hatter’ and ‘drunk as a hatter’.

Working in small units, often no more than a lean-to on the side of a squatter-cottage, the felt hatters were craftsmen who could earn more than those labouring on the land. They were amongst the first group of workers to form trade unions.

The earliest record of a hatters’ benefit society, the Worthy Society of Feltmakers was in Felix Farley’s Bristol Journal in 1761. In 1799 its members met in the New Inn, Frampton Cotterell. But it was the strength of the felt hatters union in London that showed that by organising together the hatters could improve wages. The Oxford English Dictionary explains that the work ‘strike’ was first used when hatters stopped work in 1768. Strike breakers were called ‘knobsticks’ or ‘foul’ men. Some London firms sought to expand and use seek cheaper labour in Gloucestershire. In 1829 twenty-eight hatters at Oldland Common stopped work to win a wage rise. The Londonbased firm, Bicknell and Moore tried to break the strike by employing ‘knobsticks’. The ‘foul men’ were badly beaten by the local hatters as the dispute turned violent. George Ollis, the hatters’ union leader, asked the vicar to mediate but the owner closed the works leaving the hatters out of work and starving. 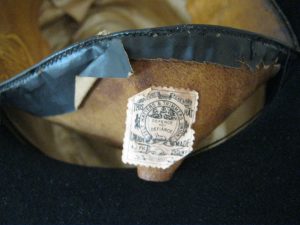 The felt hatters were organised into a number of societies across the country and inter-union disputes caused problems for the Gloucestershire workers including strikes in 1830s. The hatters also supported the growing radicalism amongst workers and the demand for voting reform. Some 600 members of the United Hatters of Winterbourne and Frampton and 300 hatters from Oldland Common marched through Bristol to celebrate the passing of the Reform Act in 1831.

In 1834, at the time of the Tolpuddle Martyrs, the hatters began a strike in Stockport over a charge they were forced to pay. Employers locked out the men and the union sought support from the Gloucestershire members. As firms broke ranks, including Christies, the largest hat business, the employers gave way and the strikers won. 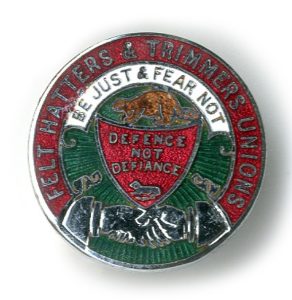 Another dispute broke out later that year over union membership. This time the employers had built up a stockpile of hats and used ‘foul’ men to maintain production. The workers could not hold out and the union was beaten. By 1851 South Gloucestershire’s hat industry was in decline. Mechanisation and competition from silk hats hit the local business. Many hatters left the villages to work in the mines and quarries.

Credit to Chris Heal for his research in felt hatting in Bristol and South Gloucestershire. Pamphlets are available from Avon Local History and Archaeology. 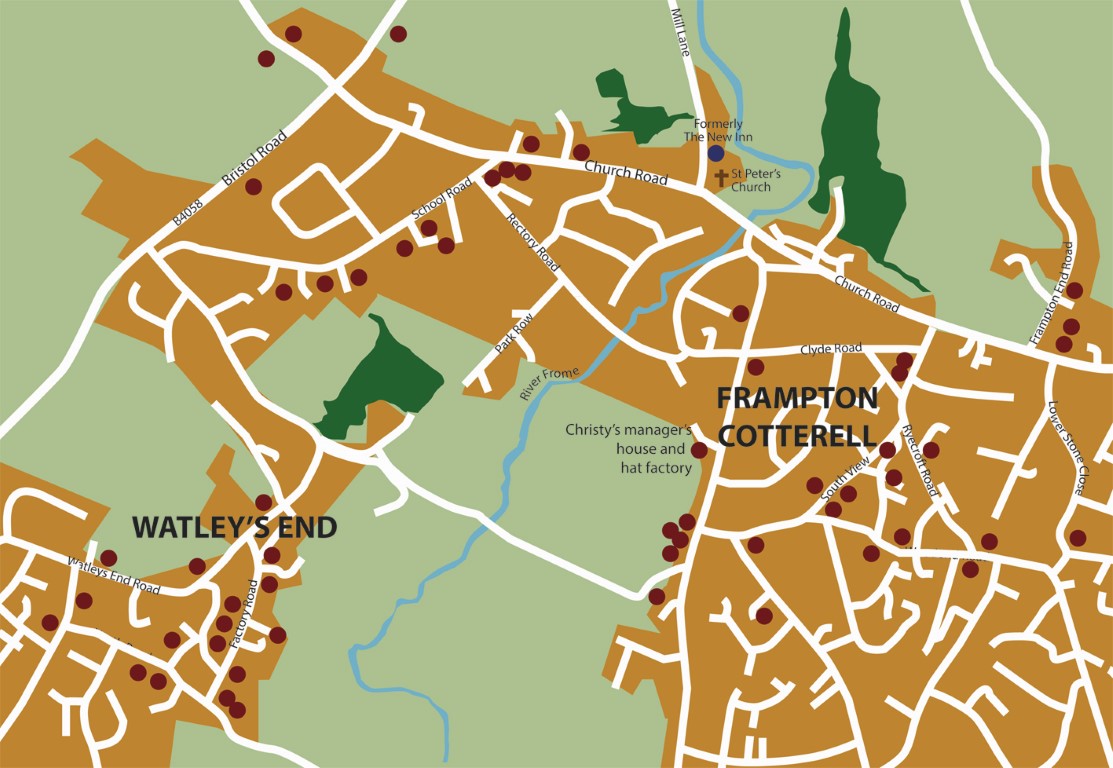