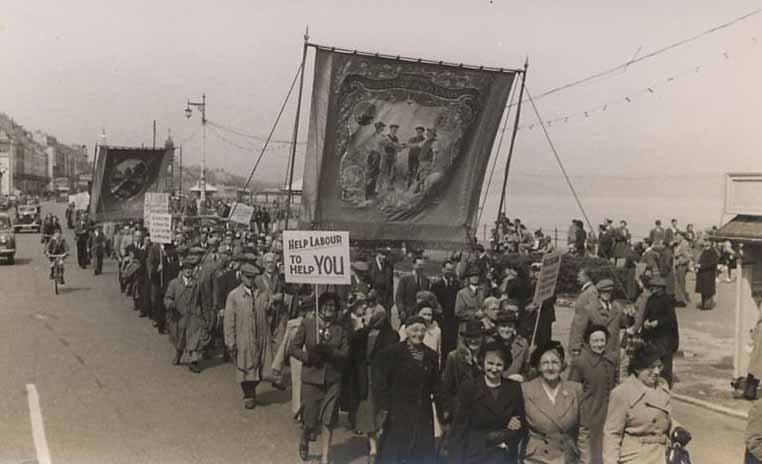 In 1868 the Manchester Trades Council called the first national Congress of trades councils and other federations of trade societies. The event established the Trades Union Congress and trade unions grew to be part of the fabric of British life. History remembers the great clashes such as the General Strike of 1926 or the miners’ strike of 1984-5 but the story of trade unionism is one of twists and turns with ordinary workers changing the way we live and work today. In the late 1800s the rise of ‘new unionism’ saw semi-skilled workers joining unions in their thousands. The influx of women to the workplace started the long battle for equal pay. The development of ‘white-collar’ unionism attached professionals joining and today unions are adapting to the so-called ‘gig’ economy.

Out of the two-dozen or so delegates who attended the first Congress, none came from the South West. Yet unions across the West Country had already established a long record of organising, including the most momentous episode in Tolpuddle after six farm workers were sentenced to seven years’ transportation for forming a union.

The South West was not always easy ground for trade union recruitment but workers joined and played their part in making working life better. There were a number of hard won victories and some set-backs along the way. The felt hatters of South Gloucestershire fought against being used as cheap labour, sailor and port workers combined to defend their interests, the weavers and textile workers resisted being rolled over by new technology and the miners across the region fought for fair pay and safer conditions.

Radical History School
Banners
Early unions
Hard times and unrest
New unionism
Post-war and heady days
Thatcher years
War
West Country champions
We use cookies on our website to give you the most relevant experience by remembering your preferences and repeat visits. By clicking “Accept All”, you consent to the use of ALL the cookies. However, you may visit "Cookie Settings" to provide a controlled consent.
Read moreCookie settingsAccept all
Manage consent