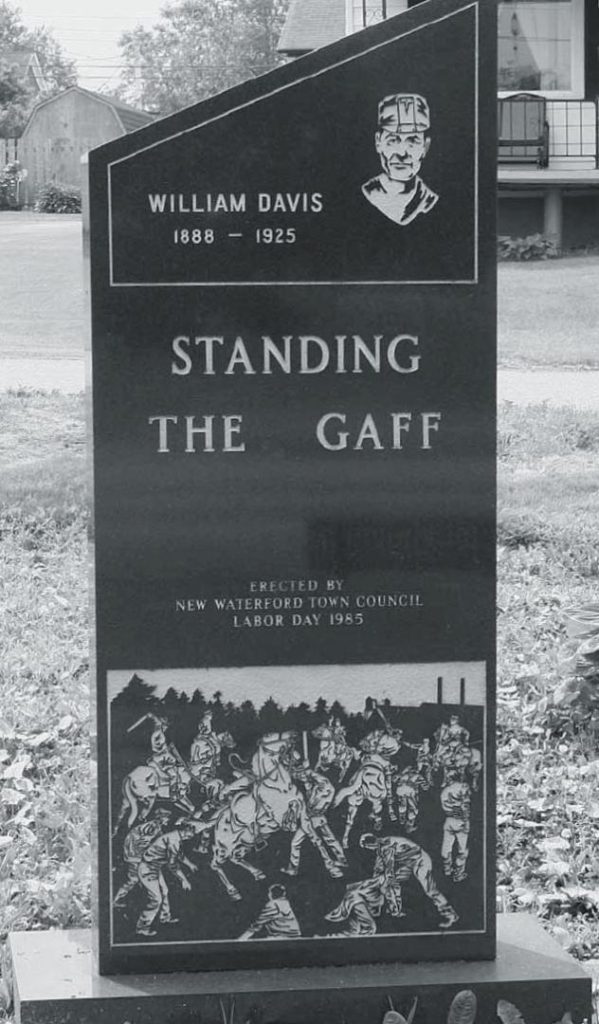 William Davis (1888-1925) was the youngest of six children in a mining family in the Forest of Dean. He was three, when they emigrated to Canada. At eighteen he worked in the local Nova Scotia colliery. Like his Forest counterparts, the Canadian miners fought pay cuts through the 1920s. By 1925 William was married with nine children and another on the way. His employer, the British Empire Steel Corp. cut credit at the company stores and another strike started. The boss said the miners, “could not stand the gaff” meaning they couldn’t satnding the pressure. This became a rally cry for the strike. To break the strike the company cut off power and water from the miners. In protest the strikers marched to the New Waterford Pumping Station to be met by the company’s mounted police. The police charged and in the battle William was shot through the heart. Noone was ever convicted for his death and the police officer blamed by the miners, Harry Muldoon, was moved to Boston hours after the shooting. Some 5,000 mourners formed a procession over a mile long.

The date of the police murder of William Davis is still marked as a day of solidarity in Nova Scotia. The first Davis Day was held on 11th June 1926 and saw miners across Cape Breton stop work. In 1969 Davis Day became a paid holiday.

There is now a Davis Square and a Davis Wilderness Trail which follows the original route of the striking miners.