There was a strike amongst Bridgwater brick workers in 1864 but it was in 1896, when the most significant dispute occurred. Workers asked for a sixpence rise but the employer, Henry James Major, refused to talk. On 26th May 1896 the strike began.

On 8th June, there was a rally in Cranleigh Gardens and marches through the town kept the dispute alive. The town’s mayor, Henry Pollard tried to intervene but Henry Major still refused to negotiate. On 23rd June the mass picket at Barham’s Yard on the East Quay was attacked by the police. Three workers were arrested and charged with intimidation, receiving heavy fines.

Dockers’ leader, Ben Tillett, addressed a mass rally at Cranleigh Gardens. A cart carrying tiles was seized by the strikers and 26 were arrested. Tempers ran high and more police were called in. They charged the strikers in an attempt to recover the cart. But angry strikers hit back using tiles as missiles and the police had to take shelter in the Town Hall. 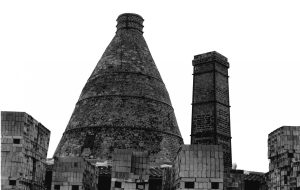 Troops from the Gloucestershire Regiment arrived. Local hotels and inns refused to billet the soldiers. Local sympathy was clearly with the strikers. The Mayor, read the Riot Act and the troops dispersed the crowd. Injuries were high and Bridgwater felt like it was under military rule. A ballot voted to continue the strike but the financial strain on the workers was too much. On 5th July, the strikers voted for a return to work.

The following year, wages were increased from twelve to fifteen shillings per week and the working day reduced to twelve hours.