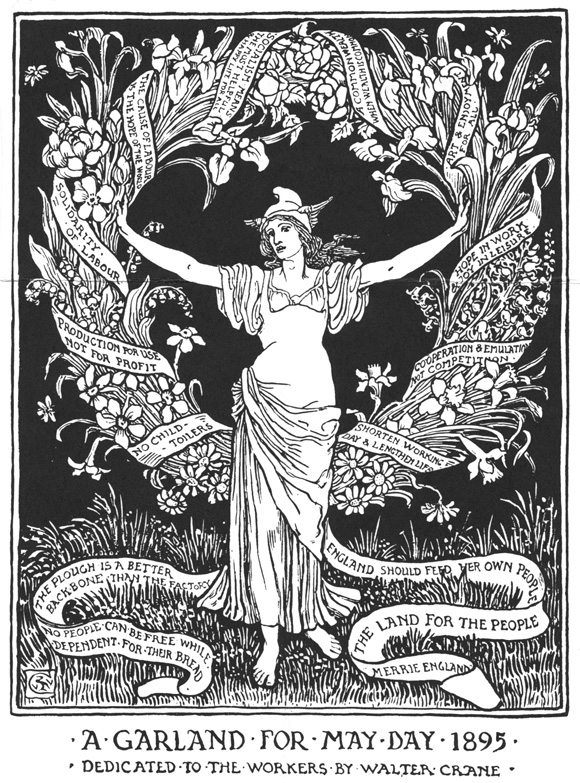 Workers of the world unite – sometimes the old slogans are still the best. Today, May Day, workers all over the world will celebrate and demonstrate for a better life. In Britain the May Day bank holiday is the only one that marks the contribution made, not by saints, kings or queens, but by ordinary working people. At a time of international conflict and increasing inter-dependence between countries, solidarity amongst working people all over the world is even more important.

May Day was first marked as an international workers’ day in the 1880s as part of the campaign for the eight-hour day. The struggle was led by the American unions and came to a head in Chicargo where strikes brought the huge manufacturers to a standstill. One rally ended when a bomb was thrown at police. Union supporters, socialists and anarchists were rounded up in a fierce crackdown of the growing movement. Six people were quickly arrested and executed for the bombing but they were innocent. After massive protests they were pardoned. The campaign for shorter hours was successful with advances for workers in many countries.

In 1889 trade union and socialist delegates meeting in Paris declared May Day an international working class holiday and demonstrations took place all over the world. It was ironic that the right-wing in America – where the May Day campaign began – became so scared of grass-roots trade union demands that they established the Labour Day Holiday in September!

In Bristol, trades unionists and socialists, accompanied by bands and with banners and flags, left the Ropewalk to march up Old Market Street, Castle Street and Clare Street. Samson Bryer described the event in An Account of the Labour and Socialist Movement in Bristol “At the Drawbridge, a strong reinforcement of dockers and sailors and firemen joined. Proceeding via Park Street and Whiteladies Road the public followed, and it was a procession of considerable dimensions that reached the Downs. There, huge crowds surrounded the two platforms.” A resolution was carried: “…that the long hours of labour…is the chief cause of the unemployed; believes in reducing the hours of labour to a maximum of 48 per week.