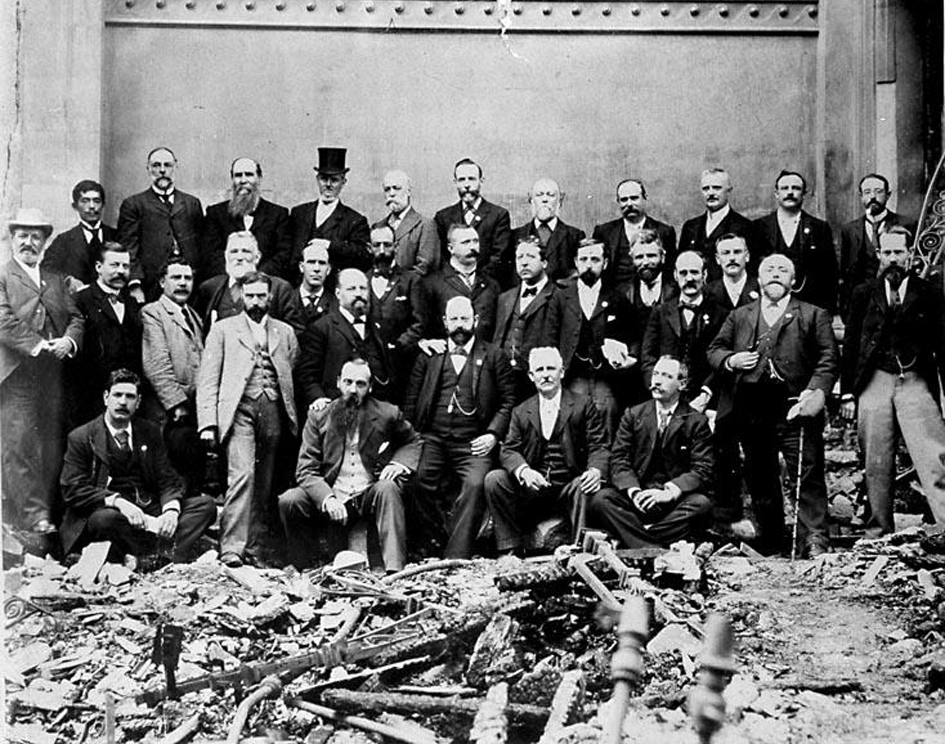 TUC delegates pose admidst the rubble of Colston Hall in 1898

In 1878 the TUC held its annual conference in Bristol. GF Jones, Secretary of Bristol Trades Council was in the chair. In 1898 Congress was again held in Bristol. Jim O’Grady, the President, gave a long, wide-ranging speech covering child labour, the need for an eight-hour-day, workmen’s compensation acts, taxation of land values, nationalisation of railways; state ownership of royalties and much more.

According to Sam Bryher’s account: “Jim was above all a socialist, and this ideal was ever in his thought and speech. The whole address was permeated by it.

“Never before had the collectivist idea of production and consumption been advocated from the presidential chair of a Trades Union Congress as the proper aim of trade union activity, and it was a point that raised much comment and discussion in the press of the country as well as labour circles.”

The TUC’s 1898 visit to Bristol was memorable because a large part of the Colston Hall conference centre burnt down half-way through the conference.

In a show of defiance and determination, the TUC General Council assembled in the burnt-out shell of the building. New rooms were quickly found and the conference was able to be completed as planned.

The Standing Orders Committee asked delegates to take the minutes as read “as they are burnt”.