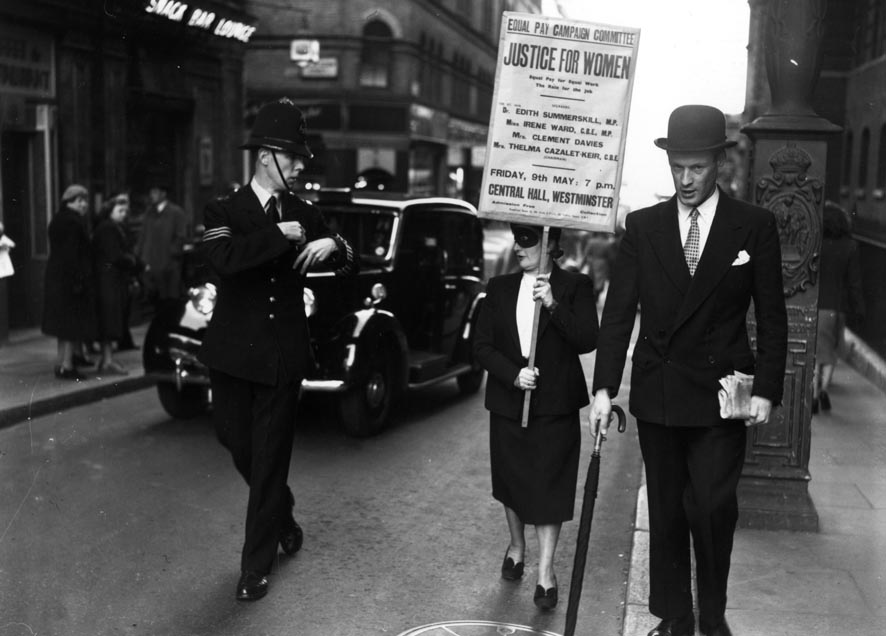 The long campaign for equal pay between men and women has required women to lead action in workplaces as well as Parliament. The West Country has seen a number of high profile cases that have helped advance the cause for equal pay.

Dr Pamela Mary Enderby was a speech therapist employed by the Frenchay Health Authority in north Bristol. In 1986, with the help of her trade union, she began a legal claim for equal pay for work of equal value.

Speech therapists were predominantly women and at that time she was paid £10,106, well below other comparable, mostly male, professionals such as a principal pharmacist who got £12,527 and a Grade III principal pharmacist who was paid £14,106. This launched the most lengthy and comprehensive equal pay claim ever. The case involved twenty-six court appearances (including the European Court of Justice), 2,000 applicants and sixteen test cases.

The case proved a success for women workers but was a powerful example of the long and drawn out process which can be involved in Equal Pay cases. The case started in 1986 and it took just over ten years to bring it to its final conclusion. The resulting compensation cost the government some £30 million. The Enderby case led the Labour government to institute a review of pay and grading scales throughout the health service in the form of the ‘Agenda for Change’. This was a massive job evaluation programme for everyone who worked in the Service to ensure equal pay.

In September 1997, four women won a landmark victory in achieving equal pay for work of equal value. The nursery nurses were employed by Gloucestershire County Council and with the help of their union, Unison, they claimed that their salaries were in breach of the Sex Discrimination Act. They argued that their jobs entailed similar work and qualifications to male technicians who were paid up to 25% more. When the industrial tribunal found in the women’s favour it proved another milestone in the fight for equal pay.

The struggle to get equal and fair treatment for women workers is a thread that has run through trade union life and continues.

The GMB union won a particular campaign at ABB Containers in Stroud. Unions at Avon Rubber in Wiltshire worked to change the system that meant that women were discriminated against because ‘heavier work’ got a higher rate. In an NHS laundry women were banned from heavy jobs and promotion was based on a system that disadvantaged women. Unison in South Somerset won compensation for members after winning an equal pay claim.