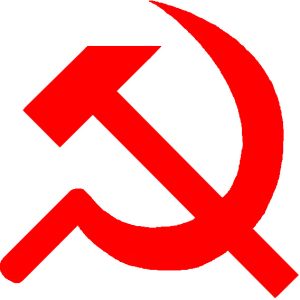 Idris and Phyllis Rose were passionate socialists and members of the Communist Party in Trowbridge.

Idris, a painter and decorator, stood for the local District Council seventeen times and in May 1969 both he and his wife were elected. They served on the Council until local government re-organisation in 1974. Idris faced a hostile council chamber when he called for nuclear weapons to be banned. He felt strongly about council housing that he regarded not only as a social service but a means to re-distribute wealth and reduce inequality. He took up local causes such as pedestrian crossings and protecting allotment-holders. 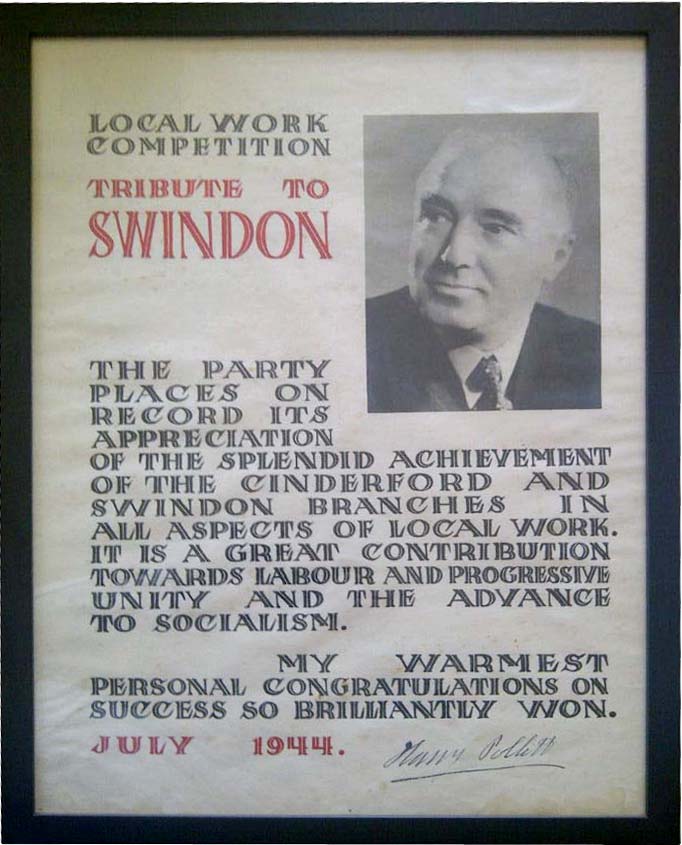 Tribute to Swindon Communists (and Cinderford) in 1944

Edith Stevens was one of the first women to vote in Swindon. As a teacher she worked with families struggling through the tough years after 1926. She became president of the Swindon National Union of Teachers. She left the Independent Labour Party to join the Communist Party. In 1942 Edith, Bill Sargent and Ike Gladwell established the Communist Party headquarters and in the town. She raised funds for the Anglo-Soviet Friendship Committee during the Second World War. When the Party moved in 1970, the office was named Edith Stevens House. 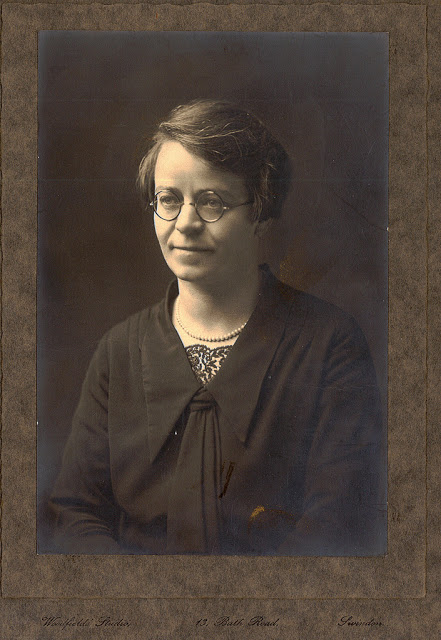 Ike Gladwell (1906-1979) was an apprentice in the building trade but he got a job in Swindon in 1935 as a teacher. When the fight against fascism broke out in Spain he joined the Communist Party. He adapted Great Western Railway stretchers to fit motorbike ambulances. At weekends he would speak at the Canal site on Regent Street and sell the Daily Worker.

After the war Ike helped produce the Communist Party’s Statement for the future of the town. The New Swindon report addressed the urgent needs in housing, health and education. It called for a joint campaign to win a Labour Council. Relations with the Labour Party, however, were difficult and in 1950 Ike stood as the Communist candidate for MP with ‘Ban the Bomb’ his main message. He stood again in 1964 and 1966.

In the close-fought by-election of 1969 Ike’s daughter, Judith Gradwell stood. The Conservatives beat the Labour MP 16,843 votes to 16,365 with Judith taking a crucial 518 votes. In 1961 the widower, Ike went on his first foriegn holiday to Czechoslovakia where he met Angela Tuckett. They married the next year Angela took up the Communist cause in Swindon. 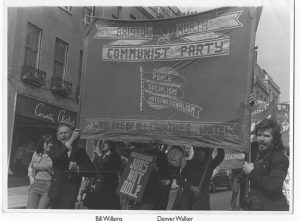 The Daily Worker in April 1935 reported on the situation in the small Somerset town: “for its size the Communist party is a very active and are doing valuable work in an uphill rural area”.

The Clevedon Communist party’s campaign to get Comrade Bert Searle elected to the local council caused great consternation, especially with the circulation of 2,000 Communist election leaflets, Searle initially secured 192 votes against Sir Ambrose Elton 724 a result the local party was very proud of. A local Communist stated in the Daily Worker that: “We have made a breach in the smug self-complacency of the bourgeois renter and bourgeois minded section of the county”. Searle went on to win and was elected as a Communist councillor in Clevedon in the 1930s and again in the 1950s. 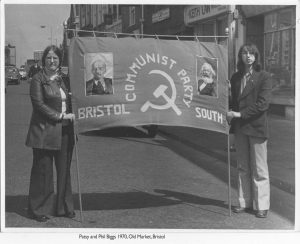 Wogan Phillips (1902-1993) was the son of a ship owner. He became Lord Milford, the Second Baron of Milford and the only communist in the House of Lords. After Oxford University studying art, he sympathised strongly with the miners’ cause during the General Strike of 1926. He joined the Communist Party in 1937, much to the disgust of his staunch Conservative father who responded by disinheriting him. Phillips went to Spain at the outbreak of the Spanish Civil War and joined the Medical Aid to Spain as an ambulance driver. He was later wounded but helped evacuate Republican political refugees.

Wogan spent the war working as an agricultural labourer in Gloucestershire and later he became a farmer in the Cotswolds and Chair of Cheltenham branch of the National Union of Agricultural Workers. He was editor of the Country Standard, the Communist Party’s rural and countryside journal. Phillips stood as a Communist candidate in local elections, being elected for Cirencester Urban District Council in 1946 but lost at the onset of the Cold War.

In 1963, on the death of his father, he became a Lord. In possibly the most original of maiden speeches, he called for the abolition of the un-elected Lords. In 1950 Hymie Fagan described communist General Election meetings in Tewkesbury (News & Views March 1950) . “The meetings in this constituency were carried through in the teeth of the most violent hostility from the reactionaries. In this part of Gloucestershire there are large numbers of fascist ‘displaced’ persons – retired Army officers, landowners, wealthy farmers, landed gentry – as well as a large colony of Moseley fascists. “These followed our comrades round from meeting to meeting, howling, shouting, threatening physical violence. They threw potatoes, tomatoes, eggs, and even a turkey. The bird was thrown from a car which, loaded with fascists, attempted to force the car of the candidate, Wogan Philipps, into a ditch. Yet every meeting was carried through to the end. Not only that, but the comrades also sold 1,250 Socialist Roads and 800 Election Specials, mostly door-to-door. Ten thousand leaflets were distributed and twelve quire of Daily Workers sold on the three weekends prior to polling day.”

Phillips died in 1993 leaving his third wife and son. 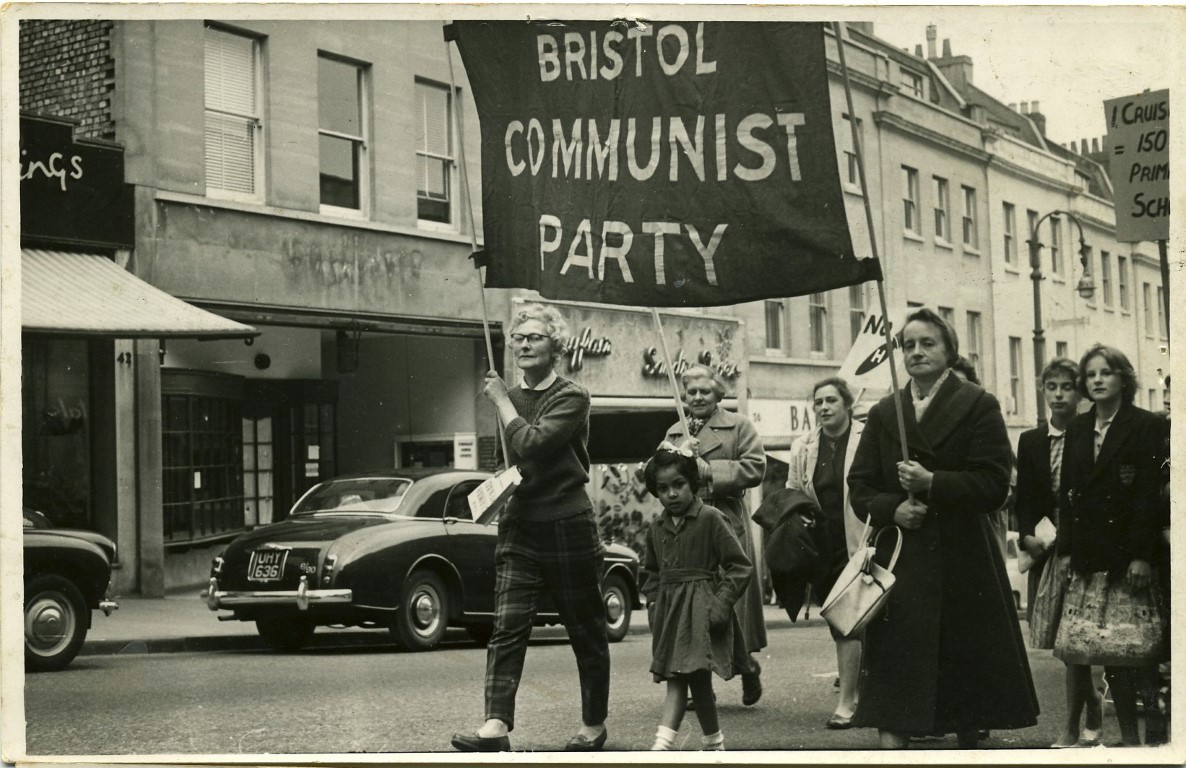 Bristol Communist Party on May Day march in 1955