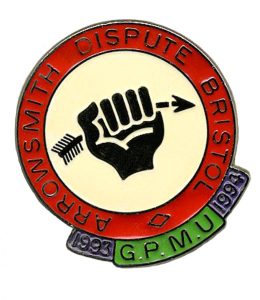 On 26 April 1993, 121 print workers were sacked from Arrowsmiths in Winterstoke Road, Bristol. The workers were refusing to work overtime as part of their pay claim for a rise of £6.50 a week. There had been a legal ballot with a massive 98-14 majority in favour of the overtime ban. But such was the legal position at the time, that any action of this sort made workers liable to dismissal. 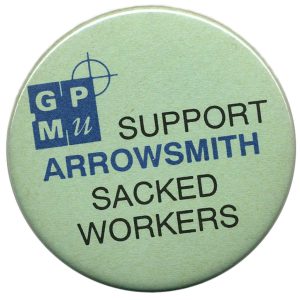 The lock-out was the start of one of the West Country’s longest and most bitter disputes. Big demonstrations were held in Bristol and the workers won support from across the country as well as local MPs. Even though the workers had been sacked, they were denied unemployment benefits until a legal challenge over-turned the decision. When the sacked workers’ jobs were advertised in the local job centre, members of the civil service union, the CPSA, refused to handle them and were themselves sacked.

After eighteen months the union helped find alternative work for most of the members and when the factory was put up for sale, the union called off the dispute. 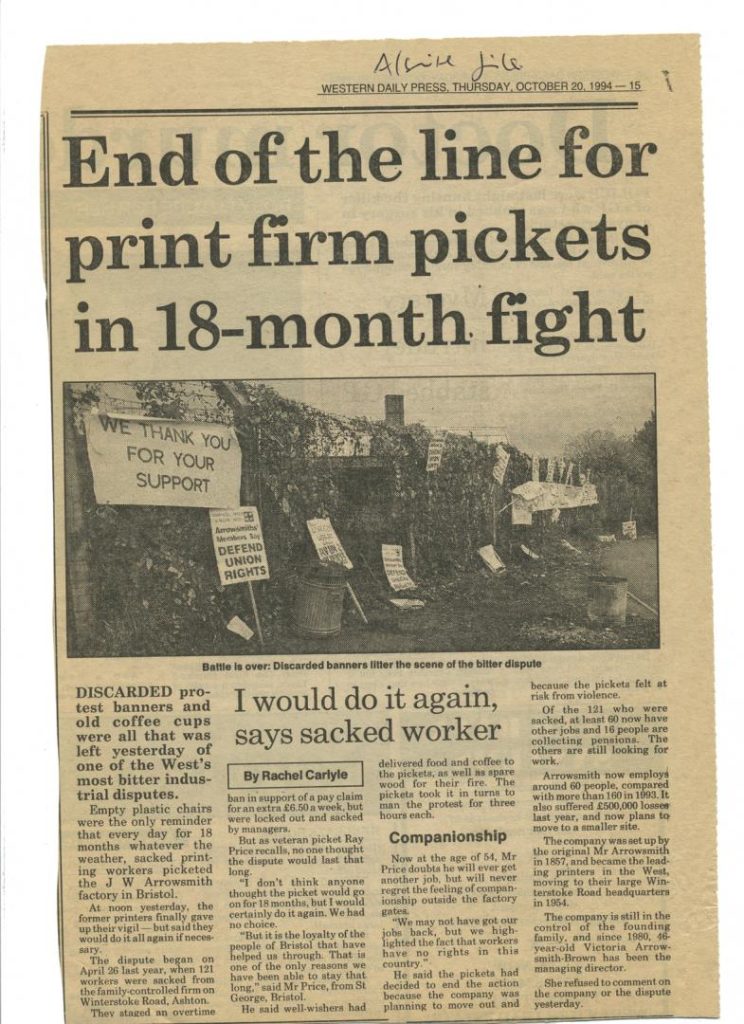 Victoria Arrowsmith-Brown, Managing Director, and the company had paid a high price for the sackings. Key contracts had been lost and customers stayed away from the picket lines. The company struggled on for a while as a shadow of its former self.

The dispute highlighted the lack of legal rights for workers at that time. It exposed how workers could be sacked even after a legal ballot for an overtime ban.

Unions used the Arrowsmith example to convince the Labour Party to include legal reforms when elected. As a result workers involved in legal industrial action are protected from dismissal for the first few weeks.

The Arrowsmith Chapel banner on parade at Tolpuddle Martyrs’ Festival 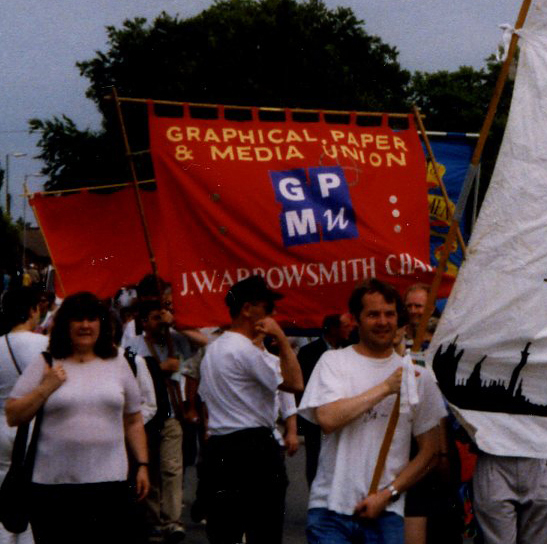