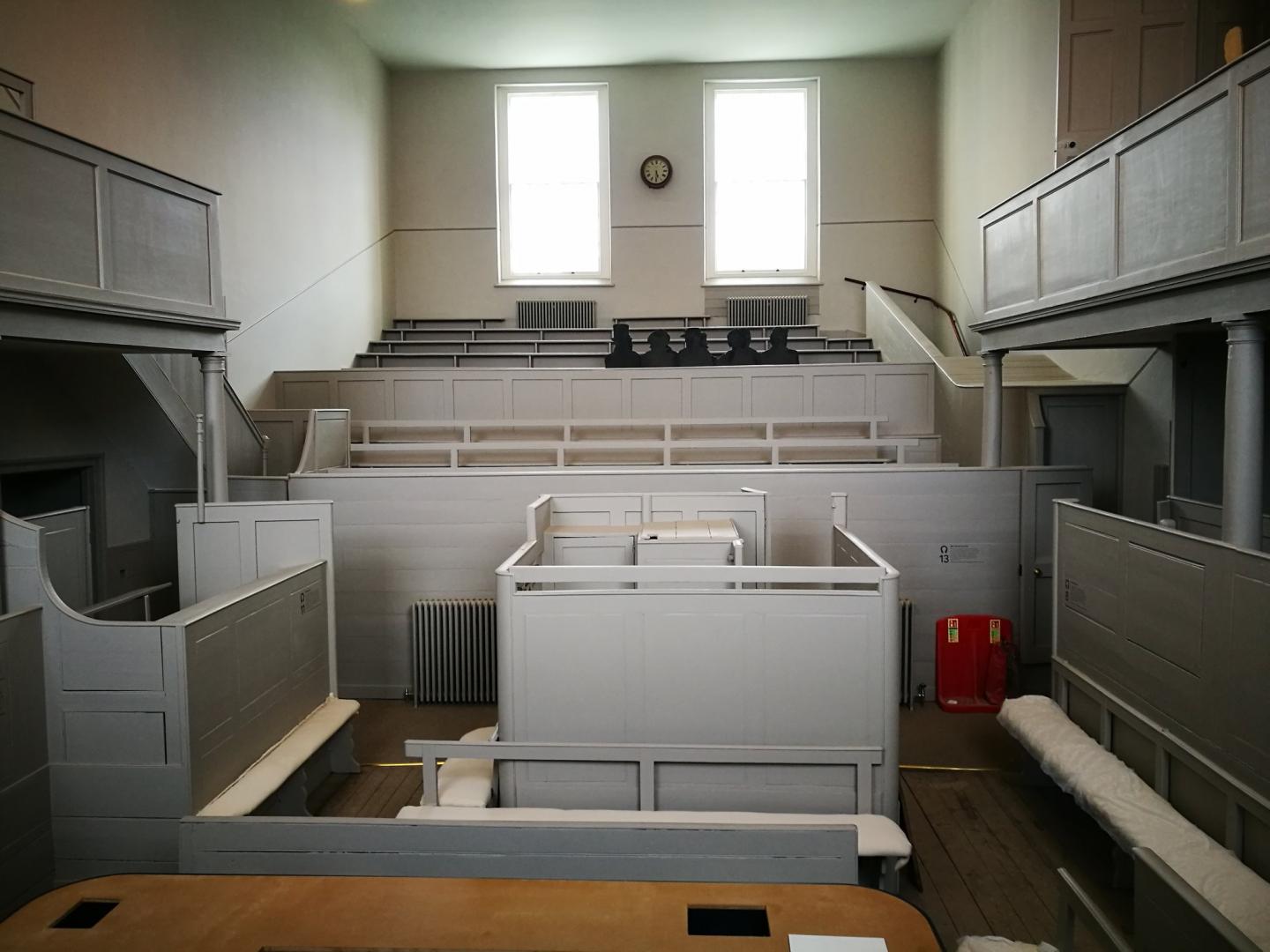 On Monday 24th February 1834 the six farm workers from Tolpuddle were arrested and forced to march to Dorchester. They were held in Gaol until the morning of 15th March when they were taken to County Hall and the Old Crown Court.

The Court appears today much as it did in 1834. The men were held in dark, damp, smoke filled cells until they brought into the dock of the imposing court room.

Judge John Williams had just been appointed by the Whig government. He was ambitious and anxious to please. The Grand Jury agreed the basis for the charge against the trade unionists. This was hardly surprising as it included James Frampton who had been agitating for their arrest. He son and friends made up the rest of the Grand Jury and the case was remitted for the trial that took place just two days later.

The Petty Jury was made up of twelve local farmers who had no love for the union. A tradesman from Bere Regis named Bridle, was disqualified from the jury because he had heard George Loveless preach in the Methodist Chapel!

By 18th March the maximum sentence of seven years’ transportation had been handed down.

West Dorset District Council has moved out of the building in which the Old Court is a the centre.

See a short film of the Shire Hall here.

The Shire Hall and historic courtroom are set to open to the public on 1 May.