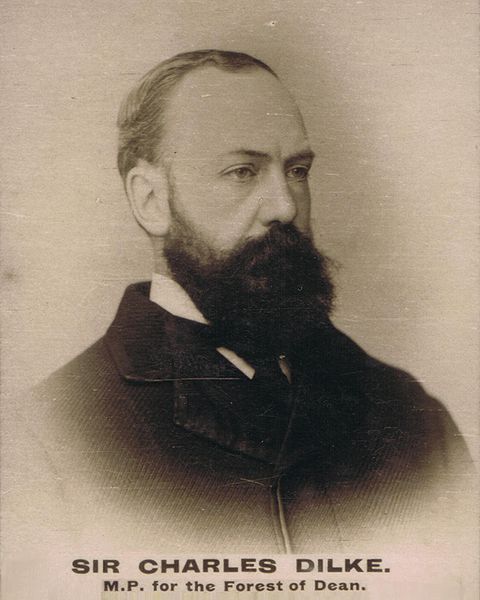 Sir Charles Dilke (1843-1911) was the Liberal MP for the Forest of Dean. He began his political career as MP for Chelsea and was destined for high office. He was a radical and republican. In 1870 he fought plans to impose a tax on matches that he argued would be specially felt by the poor of the East End. Large processions of match-makers marched to Parliament and the idea was dropped. After speaking out against the costs of the monarchy Dilke became a target for abuse. When he addressed a meeting in Bolton a large crowd besieged the hall. Nuts and bars were thrown through the windows and one man was killed. Some declared that the twenty-eight-year-old Dilke should not get away alive. He came out of the main door in sight of everyone and quietly lit a cigar before walking unguarded through the crowd. George Harwood, the MP for Bolton said: “His cool courage quite took everyone’s breath away, so not a sound was uttered.” The House of Commons was packed to oppose Dilke’s motion to question the costs of the royal family. Cheers greeted an appeal to the Speaker to refuse him a hearing on the grounds that it violated the oath of allegiance.

Dilke joined Joseph Arch in promoting the Labourers’ Union. His support for radical causes made him controversial but he grew in influence and stature. In 1871 the Trade Union Act gave unions legal protection but in the same year the law all but banned picketing. Dilke took on the task to support the union cause. He sought political reform such as paying MPs and extending the hours of polling. Most men could vote but with polling booths closed at four-o-clock most workers couldn’t get to the polls. Dilke’s Act extended voting until eight in the evening. He pressed for education and social reforms, home rule for Ireland and raised foreign affairs, especially the situation in France. As his political career rose he feared Queen Victoria would block his promotion but in 1882 he became a minister in the Liberal cabinet and was tipped as a successor to Gladstone. He made a practice of meeting trade union leaders once a year at the opening of Parliament. His first wife died leaving him a widower but then a sex scandal ruined his political fortunes.

Dilke was named in a divorce between Donald Crawford and his twenty-two-year-old wife Virginia. The court heard that Dilke had involved Virginia in a three-in-a-bed romp with Fanny, his sister’s servant girl. She had introduced Virginia to “every kind of French vice”. Dilke refused to testify and the court made the bizarre ruling that Mrs Crawford had committed adultery with Dilke but he had not done so with her! The case went to court again and Dilke looked like a liar in the witness box. There was a complicated mix of personalities and rivalries in love and politics that led to the story being major news and source of gossip. Roy Jenkins is his book, Sir Charles Dilke, a Victorian Tragedy, concluded that although much of the story was false Dilke was far from innocent. He admitted to an affair with Virginia’s mother. Dilke was described as the “lost prime minister”. The scandal led to a feminist protest against him. The irony was that he was a strong supporter of women’s suffrage and home rule for Ireland. Had he become Prime Minister, history may have taken a very different turn.

He was persuaded to stand in the Forest of Dean where the miners had fallen out with their MP over his failure to support the Eight-Hour-Day Bill. The Dean Forest Labour Association had been formed in 1886. Its agent Mr GH Rowlison a Primitive Methodist lay preacher and Liberal county councillor became a keen supporter of Dilke as did John Cooksey, the editor of the Dean Forest Mercury.

Dilke was elected MP in 1892. He championed labour interests. He introduced a Wages Board Bill every year from 1989 until it formed the basis for the Trades Board Act in 1909. He persuaded the Liberals to reverse the anti-strike Taff Vale decision in the Trades Disputes Act. Dilke was a frequent speaker at union meetings all over the country and fought for the miners’ eight-hours movement. He held meetings with the TUC Political Committee, the forerunner to the General Council, before every session and was such a supporter of shop assistants the national union named its new office in London in 1914, Dilke House. 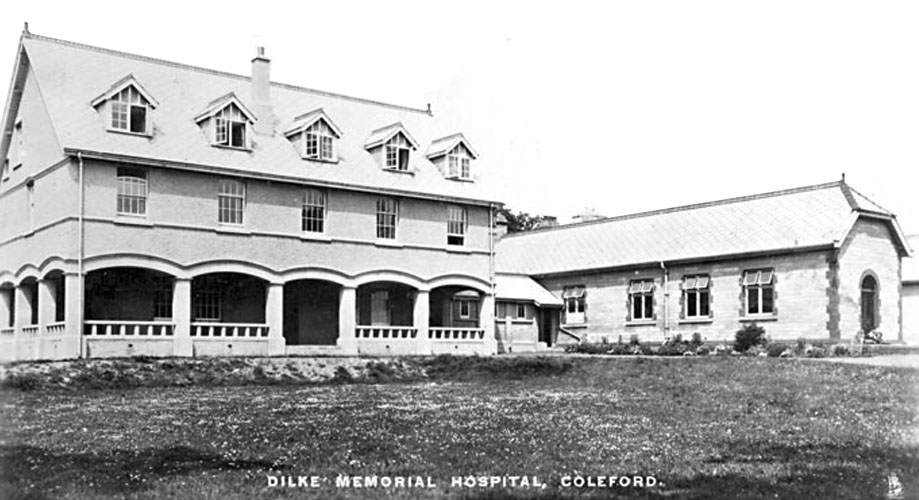 Charles Dilke continued to sustain local favour even after the birth of the Labour Party. At a Socialist meeting in Cinderford Town Hall, the chairman, Mr HC Hallam of Littledean, declared that the Liberal MP “was one of the most helpful friends of practical socialists in England.” Dilke claimed he had turned down an offer to lead the Independent Labour Party. He worked hard for the Forest and his hectic electioneering in January 1910 probably hastened his death a month later. The Gloucestershire Journal reported that “Not even the death of a monarch could have stirred the feelings of the Forest community”.

When the local hospital was built, funded from subscriptions from local miners, it was named the Dilke Hospital.

After Charles Dilke died the Liberal Henry Webb won the seat at the by-election but the Labour Party was gaining ground in the Forest. James Wignall, was elected in 1918 as the first Labour MP.

See more about the Forest of Dean Miners.