The campaign to win free pardons and safe passage home for the Tolpuddle Martyrs was successful. The victory confirmed the right of working people to organise themselves into trade unions as part of a free society. But much more was needed for workers to have a say over their lives.

The Chartist campaign did not win the democratic reforms it called for and it was many years before working men and women had the right to vote. Trade unions grew but not without many more struggles and sacrifices. The Grand Consolidated Union that the Tolpuddle farm workers had joined collapsed and it took several attempts before a sustainable union for argicultural workers was established.

Farms workers who joined the union were sometimes sacked and evicted from their homes. 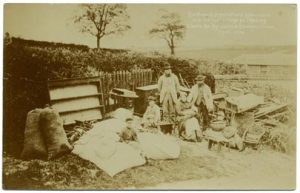 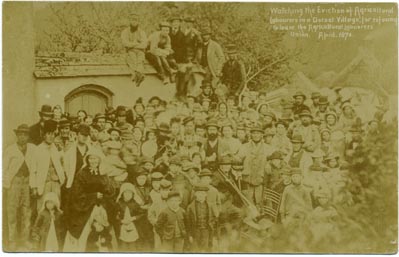 Evictions of agricultural labourers for refusing to leave the union, April 1874

Craft unions were more successful and built up their industrial strength and a range of services to members. In the later years of the nineteenth century general workers established new and vibrant unions. Women match workers in London went on strike over appalling conditions and won. They showed that you didn’t need to be a highly skilled worker to have a union but you needed to organise workers and build solidarity. 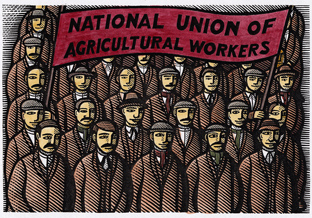 The people who brought us the weekend

Workers such as dockers, miners, and those in transport and factories joined in their thousands and won improvements in working conditions that we now take for granted. Even farm workers formed a new union under the leadership of Joseph Arch and George Mitchell.

After the second world war trade unions grew rapidly and professional, white-collar workers joined too. Today, workers in every walk of life have a union to join. From footballers to actors, shop workers to nurses, bus drivers to airline pilots, over six million people are in a union and many more covered by the agreements they reach with employers.

If you want to know more about joining a union go to the TUC website.

Meet the martyrs
Return to start
Museum
We use cookies on our website to give you the most relevant experience by remembering your preferences and repeat visits. By clicking “Accept All”, you consent to the use of ALL the cookies. However, you may visit "Cookie Settings" to provide a controlled consent.
Read moreCookie settingsAccept all
Manage consent