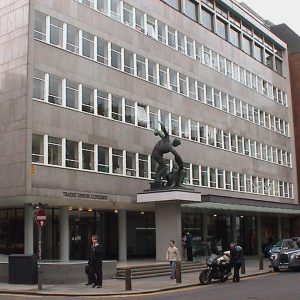 The importance of good industrial relations was proved during the Second World War and working people wanted an end to poverty, unemployment and homelessness. The welfare state was born alongside the National Health Service. Society was being developed around a more collective sense of purpose and trade unions thrived as the post-war economy recovered.

The new consensus served the British economy well but the class divide in Britain still led many to seek more radical change. The Cold War was played out within the trade union movement and West Country Communists gained support in some surprising places.

As inflation took hold, the race between wages and prices led to hightening conflict at work. Shop stewards grew in power within unions and companies. Engineering firms across Devon witnessed an upsuge in indutrial unrest. Professional and white-collar workers joined unions in their thousands. Equalities became key campaigns for unions but not without the need to put their own houses in order. The need for the Race Relations Act was highlighted by the Bristol Bus Boycott and the fight for equal pay was driven by a rising organisation of women workers.

Unions were part of the fabric of British life and the TUC was a great institution that commanded attention and respect. The Queen described unions as “an estate of the realm” as she marked the TUC’s centanary in 1968. Trade unionists have always recognised the value of art and culture and working class songs, poetry and theatre feature through the history. The value of education for working people has also been a common thread throughout trade union history.