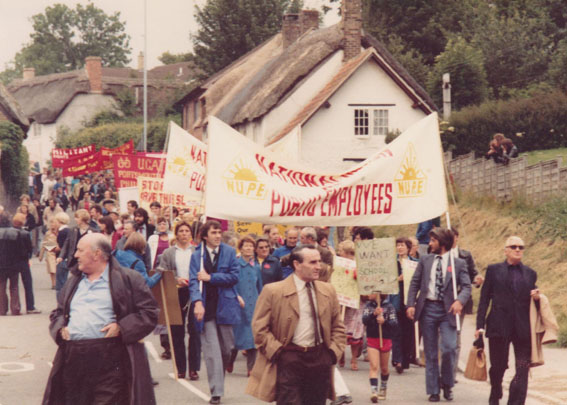 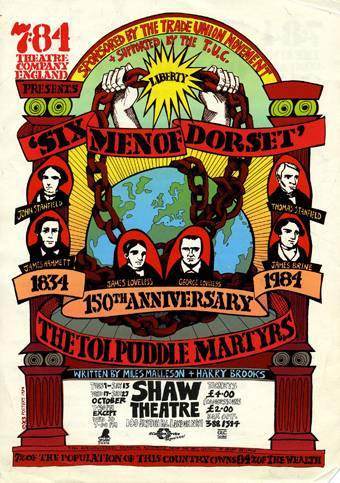 Jack Boddy and John Ashman, Regional Secretary, welcomed farm workers into the T&G. Campaign for £120 a week was launched.

150th anniversary saw a huge turn out, Neil Kinnock, Labour Leader, headed a list of top speakers. Len Murray TUC General Secretary was taken ill. A new plaque was unveiled at the Old Court, Dorchester. The campaign to restore unions rights at GCHQ is featured for the first time.

Gerald Kaufman MP and Norman Willis gave support to GCHQ and Wapping workers. The Wrong End of the World, a drama by Graham Padden was staged at the Salisbury Playhouse. 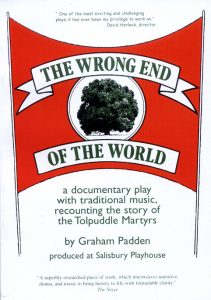 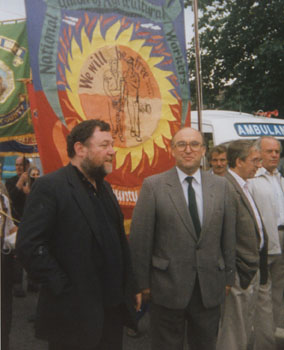