Tony Benn was invited for the first time and was joined on stage by a successor as Bristol South MP, Dawn Primarolo. Jack Jones, Rodney Bickerstaffe, Rita Donahugh and John Monks s 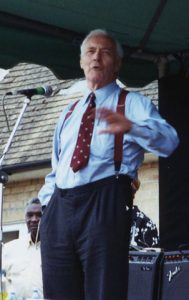 The Levellers and the Alabama Three proved big crowd pullers.

John Denham MP Secretary of State for Department for Communities and Local Government was well received.

poke. The museum was revamped.